For AquacleanGroup, innovation and development are keystones for ongoing growth in the company. This is why we adapt the latest technologies in the trade to answer increasingly sophisticated demands from consumers worldwide. Thanks to the heavy investments made by AquacleanGroup in this field, we have been able to develop Aquaclean Technology, a revolutionary technology for sofa and seating upholstery fabrics that only uses water to clean all kinds of stains from our fabrics in three simple steps.

Thanks to ongoing development and investments in R&D&I, at AquacleanGroup we now offer a series of technologies and advances in the textile trade that makes us stand out from the competition.

This unprecedented technology owned by AquacleanGroup can be applied to fabrics and enables consumers to clean away stains using water only. A whole series of Group brands use the Aquaclean treatment in their products to achieve outstanding results, in both efficiency and sales.

This technology, also owned by AquacleanGroup, is intended to combat the presence of mites and bacteria in upholstery products, preventing the onset of allergies and other associated problems. 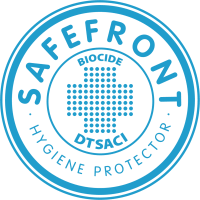 This is a fabric protection system for liquids and stains. It is based on in-house technology developed to provide a waterproof barrier for fabrics while preserving their breathability.

“Development of a new fire-resistant upholstery material with vandal-proof effect”Project funded by ERDF Funds for the purpose of: Developing a fabric with high flame retardation and vandal-proof effect. Conclusions: Obtaining a fabric with fire behaviour superior to the English CRIB 7 standard and anti-vandal properties for use in public transport.

A PROJECT FOR ENERGY SAVINGS AND EFFICIENCY IN INDUSTRY

The “Loom Replacement” project, with file number E4IN12/2015/114, is a project which has been created with the support of the Institute for Small and Medium Industries of the Valencian Regional Government (IVACE) under the Programme for Savings and Energy Efficiency in Industry, subsidised 50% by the European Union within the ERDF Operational Programme of the Valencia Region 2014-2020 through Axis 4. Under this project, started up in July 2015 and concluded in May 2016, the company replaced two Jacquard Somet Thema 11 looms and their corresponding Jacquard Bonas machines, with two new flat PICANOL NV looms model OPTIMAX-8-R, which are technologically superior looms providing greater energy efficiency and increased production. 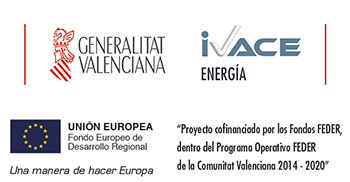