committed to the environment

"The land is not an inheritance from our parents, but a loan from our children"

At aquaclean, we act responsibly, and with an important commitment. A commitment to the planet, so we can leave a better place for our grandchildren to live in.

That's why, within our sustainability policy and following the Sustainable Development Goals (SDG), we have decided to gear up to include the 3 Rs: REDUCE, REUSE and RECYCLE, incorporating these concepts into all design and manufacturing processes for our fabrics.

DISCOVER HOW AQUACLEAN HELPS THE ENVIRONMENT

AQUACLEAN DOES NOT CONTAIN PFCs

In the United States and Europe, pollution problems began to appear after 1950, when the production of PFCs began.

The PFC (Fluorcarbons | Perfluorocarbons) are a group of chemical substances created by man and known for their negative impact on the environment. There are many companies that use them to manufacture their products.

Fluorinated gases are used in a number of industrial applications, including refrigeration and extinguishers, electronics, the production of medicines, cosmetics and textiles. Although in most industries they are no longer used due to their harmful effects.

In the textile sector, PFCs (Fluorcarbons | Perfluorocarbons) are artificial substances that have been used due to their effectiveness against the repellency of water, oil and dirt in general.

The processes of production, cleaning and disposal at the end of its useful life, makes these compounds a threat to people, since this type of substances accumulate in living fabrics becoming potentially carcinogenic. In fact, these compounds have been found in animals such as dolphins, in the liver of polar bears, and even in human blood. In addition, PFCs can affect the thyroid gland, fertility or help the growth of tumors in humans.

For this reason, in 2011 Greenpeace (https://greenpeace.org/) began to carry out an exhaustive analysis of PFC levels in certain textile brands, asking the textile industry to eliminate all dangerous substances in its products. And there are many who are paying attention to this.

Greenpeace highlights the properties that define the environmental problems of PFCs:

In addition, these molecules have the potential to spread easily in our water resources such as rivers, lakes, marshes or seas, and once released into the environment, persist for multiple generations.

Due to all these drawbacks, the European Commission (https://ec.europa.eu/commission/index_en) has drafted, urgently, a proposal to reduce the use of these compounds and list them as dangerous substances, to avoid their use by companies in the manufacture of their products.

This initiative of the European Commission, in addition to the actions and campaigns that have been carried out since 2012 by Greenpeace, has led to an important increase in the number of products with PFC-Free technological alternatives in the market.

aquaclean has joined this initiative, as we think that it is our responsibility, facing the legacy that we will leave to future generations, to avoid this type of substances and look for other alternatives to more technological, more sustainable and more eco-friendly PFCs.

Being part of this for a years and seeing the importance of supporting these type of actions aimed at protecting our health and protecting the environment, at aquaclean we do not use PFC's in the manufacture of our fabrics, adhering to the PFC Free philosophy, because together we can support green manufacturing through responsible consumption. 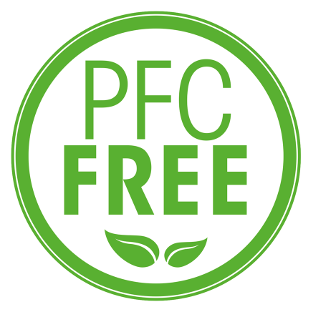